For those who haven’t kept up with the Defense Industry Reports 1, 2 or III Dave Reeves is about to realize that printing the words “Defend Brooklyn” on a three dollar t-shirt will turn that shit into a twenty dollar fashion accessory. See, back in 1998 little Dave thought he was too good to get into the schmatta trade because writing is the classy way to earn a living, just ask Hemingway’s brains all over the wall. Unaware that he is sitting on a gold mine, this idiot is using the shirts to bribe Priest from Antipop to do the sound for his off-off-off-Broadway play and to get backstage at a Thurston Moore show with his dad to blow his redneck mind.

People told me I could make a lot of money selling the “Defend Brooklyn” shirts I’d been giving away, but I couldn’t waste my time because I’m so smart at writing. My first major effort as a writist was the beautiful tale of a Satanic mountain climber who eats his partners in order to climb the world’s holy mountains and desecrate the summits with evil demon penis figurines.

I went to Hollywood and, by Beelzebub, I’d have Babylon Working now but for a misunderstood ritual performed in a certain talent agency after a couple or three bloody leroys. I was just being me. I’m not one of these salon satanists. They got all “you’ll never work in this town again” about it. Who knew that Hollywood Agents are a bunch of humorless assholes?

Regardless of what The Suits thought, Swedes love dark satanic things and so I was able to land a job in Stockholm converting proven Swedish movies into American scripts hoping to get funding from Hollywood shitheads.

This convolution became contentious when, in a Swedish script, the cops had to wait for the taxi-driving murderer to do something wrong before he was placed in ergonomic handcuffs and escorted to a nice room with cable television, whereas in the American version the police would detain anybody they felt like and jam broom handles in weird places for being an immigrant or because it was Thursday. 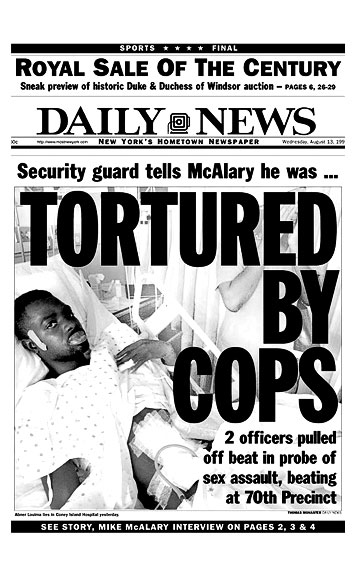 The Swedes acted like I was exaggerating the freedom the police felt to commit barbarous acts in America. They knew from television shows and Dirty Harry that American cops were greatly hamstrung by the likes of the ACLU. I countered that in my experience there were cops in American schools and roadblocks in the roads. 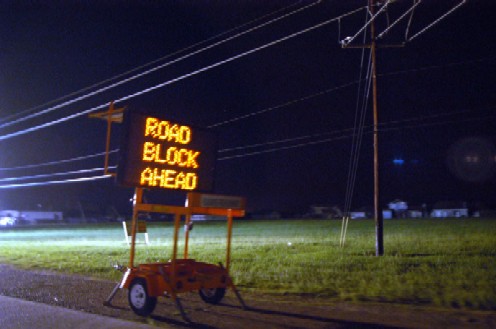 I tried to explain that The War on Drugs meant that American cops get to do whatever they wanted and you had to figure out what you could do about it. The Swedes argued that if this was so there would be a huge outcry, people would march on Washington burning flag shirts. I pointed out that intelligent radicals were disappearing faster than pay phones. Today’s Abbie Hoffmans have been medicated since elementary school, their fervor redirected into obsessing over the construction of Burning Man E-tard vans.

Unconvinced, the Swedes asked their English buddies if my claim of a culture of police corruption was true. The English said the coppers weren’t that aggressive in England, as if that had any bearing on a discussion of the behavior of American Pigs. I countered that the lads of Albion are raised to pass soccer balls while little no-neck bastards tackle each other for footballs in the New World. Consequentially American lawmen tend to rush through doors in a scrum of body armor while the Blue Bottles will wait for an offsides to kip filthy rotters into the gaol.

The Swedes accused me of wrongheaded jingoism and, further, suggested that I’d concocted a “tougher than thou” stance most likely cribbed from rap music. This misunderstanding sent me back across the puddle.

A friend and I tried to drown the sorrow of unemployment on a little West Texas vacation, but were involved in another massive imbroglio with small town Southern cops on the way to the bar. I mean, you know this country is fucked when a white and black man can’t go 96 miles an hour to make last call without the local cops calling in the hounds.

The overzealous flunkies had gone so far as to deputize a damn dog to make it okay to go through your car and person. “Officer Fido has indicated that you may or may not have contraband in your vehicle.” This was a new low. We didn’t have any contraband, or if we did it was in a half-eaten cheeseburger, a place a cop would never look because he knows the dog is stupid and the whole thing is a vulgar dumbshow designed to make you give up one of your most basic rights.

We drove away from the fruitless search plotting ways to bring up the fact to overzealous cops that a major tenet of being an American is violated constantly. I’m thinking that maybe I should get the Fourth Amendment tattooed on my face, “It’s right here, officer, I know you can see it.”

I meet a man in San Antonio who made T-shirts which read “THC” configured to the “STP” logo, or “Weedies” instead of “Wheaties,” the kind of pablum found in a college bong stores. He’d made a decent enough living off this bullshit to have a pool. So I told the him about my “Defend Brooklyn” T shirts and how they would be like a Trojan horse to get people to wear their Fourth Amendment.

The T-shirt man reminded me that that ideas are a dime a dozen, every damn body in America has a T-shirt idea, and 99 percent of them suck.

“The public is a wily beast,” he said. “To know her is to bottle lightning.”

I insisted that these Defend Brooklyn shirts were in high demand already. I’d made twenty and already they were in magazines.

The guy was like “okay, put your money where your mouth is. ”

I knew it was a genius idea because I have enough humility in me to bring down an army. I wanted to ape the resolve of the Weathermen and Baader Meinhoff. I wanted to suggest a militia into existence. I wanted a pool.

I was so full of revolutionary spirit that I faxed in a letter to transfer the money over right then and there. How many shirts was in an order I had no idea. The fact I had never sold t shirts before never bothered my mind either because I was drunk as shit.

I went back to Brooklyn and tried to figure out where my money went, forgetting about the whole buying a couple hundred T-shirts thing until a UPS guy planted 23 boxes in the doorway of the Israeli kibbutz/loft where I had just rented a windowless room.

The stack of boxes was in the doorway. My new roommates were understandably freaked out as they were busy working on a political fishing documentary about boundaries.

I told them to relax, and having no other choice or plan, packed a box up with various sizes of these T shirts and hung them from the “Don’t Walk” sign outside the L stop in Brooklyn.

Then I sat on the paper box and tried to look casual as I waited for the train to let out.

COMING NEXT: GIVE A BUM A GUN AND HE CAN TAKE IT FROM THERE..

4 thoughts on “DEFENSE INDUSTRY REPORT IV: Who are these cops and why do they keep following me?”