So. 9/11. Boom Boom. Civil rights canceled. Special Delivery. Airmail. And woe is us, for the forked phallus of Wall Street was the lodestone of the Bush Gang, without which maps and words lost meaning, until Operation “Enduring Freedom” kicked down the doors of the wrong war.

Most of the real terrorists were killed at the crash site, so the Department of Justice took advantage of aggressive new statutes to give a violent monster named “Free” twenty years of jail for burning down a beautiful young Truck. National discourse about this chain of events was relegated to sloganeering as the recently purchased Fourth Estate parroted the “For Us or against Us” hokum coming from our beloved “leaders”.

The message to The Left was clear: Motherfuckers ain’t up against The Wall no more. A New Dark Age was upon us, complete with thumbscrews and crusaders. So, all the protest kids lost their phone numbers, changed aliases, switched partners and cooped up in different crash pads. Scared. Riots failed to occur where they were guaranteed before and, consequently, tomatoes lost their flavor.

I put my Defend Brooklyn militia project on the back burner. Who knew what a “terrorism czar” was, or what he thought about jingoistic AK 47 t shirts? The Brooklyn we were defending had been overrun, anyway. By people like me, who I hate. It was fucked up.

The profits accrued during those <911 days afforded me the scratch to start looking for a neighborhood with hardwood floors where I could dig in and the copycat hipsters couldn’t follow me to make my rents go up. Queens was too complicated and there were too many honkies in Harlem. The South Bronx had real potential as the place from which to Defend Brooklyn.

The great restructuring of American cities by Robert Moses has rendered the south Bronx into a prep jail. The rate of incarceration was so high that certain surviving elders felt it wise to teach a lethal fighting style to the local youth in order to enable them to stay out of gangs. 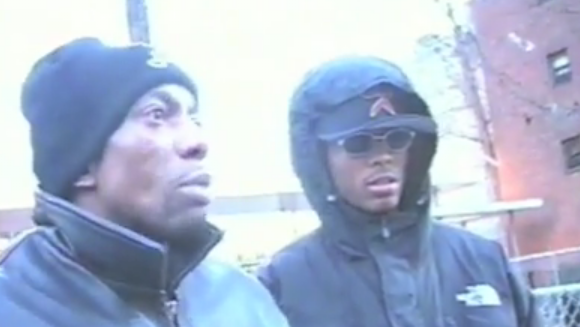 It was a good pitch, anyway. Soon “Jail Karate” had a producer and some Swedish television station showed interest. (Films like “Jail Karate” constitute escapism in Sweden because an effective social system has dulled Svenski graffiti, hip hop and street violence to the most boring in the world.)

Jail Karate’s thesis dovetailed nicely with the previous Defend Brooklyn work and helped me define the nature of the resolve worn so readily on so many T-shirts. The clannish atmosphere of the various dojos and the vulgar noblesse oblige of the Bush administration made me want to conjure a serious, violent left-wing militia into existence, if only just to have someone to talk to.

Friends of mine from New Orleans told me about this guy named Jac Currie hacking the “Defend Brooklyn” meme with “Defend New Orleans.” Apparently he was claiming that he was the genius behind the brand that was sweeping the nation.

It didn’t bother me that much as I was busy parsing what it meant to “Defend” a neighborhood with a bunch of Five Percenters and Werner Herzog’s production manager without getting killed. I’d become inured to salon crusties making chippie money off my reverse prole drift since the third weekend.

Jac Currie’s plagiarized “Defend New Orleans” shirt had an old musket which will make a nice paddle the next time they blow the levies. I won’t even bother to crack on the skull-with-mohawk stencil stolen from Manic Panic hair dye kit. I emailed this Jac Currie and told him that I was about to hire a bunch of lawyers to monkeyfuck him if he didn’t quit messing with my Defense Industry project. I figured that would be all it took, as the threat of a righteous copyright litigation had worked on all the other wannabes.

Biters copying my work all over the country proved that I had a nationwide mandate. This spurred me to try and create more complex types of manipulation than just a T shirt. I was going to use my enormous talent as a documenter and a writertarian to subvert the dominant paradigm from within the military industrial entertainment complex, and make tons of money.

My first assignment was a piece on Larry Clark for The Face magazine, from which I quote myself, respectfully, with permission:

You are familiar with Larry Clark’s photography even if you have never perused his seminal photobooks Tulsa(1971) or Teenage lust (1983). Before Larry was a film director he was already ‘the photographer who changed American films and photography.’ The proof is found in the works of Mario Sorrenti, Nick Knight, Terry Richardson, Juergen Teller, Corrine Day, Nan Goldin, Bruce Weber, Steven Meisel, Alexie Hay, David Armstrong or Steven Klein (whose work graces the cover of this magazine).

So many photographers have bled Larry’s art for their advertising work that Larry has been implicated as the father of heroin chic. One critic so profoundly misunderstood the situation that he said “Kids” looked like a bad Calvin Klein ad.’ This is why Larry refers to anyone in the industry as “fashion cunts.”

“They got it all wrong. They don’t understand it. I’m documenting real life. They thought it was all about the drugs. They take what I do, use it and make a lot of money at it. My art is personal. I don’t fucking sell clothes. And then some art director goes out and buys a book and says ‘Here it is! This is the next ad campaign!’ Is that supposed to be talent?” Then Larry calls them cunts again.”

It was unnerving to listen to Larry rail about photograpers who’d stolen his style while they took the picture of him, as if Larry hadn’t shot a guy over a poker debt.

At the time, I thought all the outrage was due to Mister Clark’s prison inculcation, as his conversation is peppered with dogmatic rules like “Don’t talk for nobody,” “Get people back” and “Don’t pop off with no antisemitic bullshit.” Plus, it was hard to hate Steven Klein and his boyfriend as they were nice, cute, and didn’t call anybody the “C” word while their assistants made us coffee. They even let Larry pet their great danes.

The plagiarism implicit in mimeo art and sampled music had eroded the ethics of the arts world allowing Larry to be brazenly robbed in more than one format. If you believe a 19-year-old is capable of being the “creator” of a feature film like “Kids” then you might believe Larry Clark made Gummo, pissing him off all over again.

I didn’t know that having someone successfully plagiarize your work is akin to an artistic rape, resulting in a bastard which the artist can neither claim or deny. Or how distracting it is to lay in bed night after night thinking about how you are going to hit somebody in the head with a brick for pissing on your life work.

It wasn’t until I got the first emails accusing me of being the jerk for stealing Jac Currie’s idea that I began to understand the rage.

I was lying in bed, too angry to sleep, realizing that if violence was part of the Defend Brooklyn ouvre then plagiarism of that work demands a violent response. Or else I lose my tough guy rights. I called Jac Currie’s answering machine and called him a fashion cunt and told him I was serious about the lawyers and the monkeyfucking. For some reason I got no return call.

Then Hurricane Katrina hit. The “Defend New Orleans” flag made great video bites for the national news, emblematic of the necessary feel-good story about town pride bringing people together after a racist storm. Someone sent me a link of Jac Currie claiming the Defense Industry as his own on television.

I couldn’t believe it. After all my revolutionary talk and half-assed planning it had been stolen by a shakey-voiced party chaser wearing my name out like a bitch. Then I recognized him. The salon bedhead. The hundred dollar jeans slouched off the ass. I saw him get off the RISD bus. Jac Currie was the very guy we were Defending Brooklyn from! Of course he would be related to that thieving-ass Ellen…

I called some evil people I knew and plotted a trip to The Big Easy.

COME STALK THE STREETS OF NEW ORLEANS IN THE NEXT CHAPTER OF THE DEFENSE INDUSTRY REPORT: ANATOMY OF A BITER

13 thoughts on “Defense Industry Report VIII: WHERE HAVE ALL THE GOOD CRIMES GONE?”