IF YOU MISSED THE LAST EIGHT OF THESE HERE’S THE QUICK PITCH:

Even though the only thing Che ever put on his shirt was blood, sweat and little bits of traitor brains, 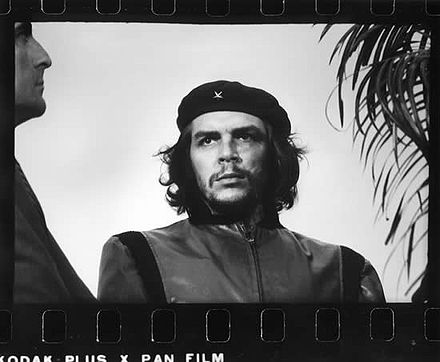 Andre the Giant doesn’t have a posse,

and by the time anybody got around to defending Brooklyn it was just another Alamo,

the revolutionary bent of the modern T-shirt fad suggested that, despite years of anger management classes, behavior medication and lack of decent education Americans can still get mad enough to shell out twenty something dollars to be rebellious. Which means a lot, considering votes are free.

Young people sporting the shadow of the AK 47, cameos of violent revolutionaries and whatever Shepherd Fairey decided to steal that week did so in order to appear dangerous, which is often all that is needed to keep predators in check.

In short, the T-shirt kings of the last century had misunderestimated azimuth in the vacuum of pop, overshot fashion and ended up in politics.

It was with these fads that I rediscovered hope in the generation with the X hung on it. I wasn’t the only one. Spike Lee contacted me and asked if he could use the T-shirt in a movie called “Inside Man.” We met and I gave him permission, hoping that it would be a “Defend Brooklyn” commercial when it came out. 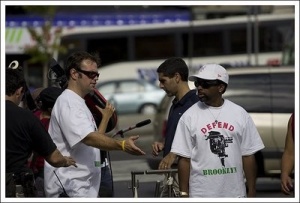 Spike divined the cadre of fashionable hipsters vicious enough to break a thieving bank for laundering Nazi money and ridiculous overdraft fees. He gave face to overeducated militiamen the likes of whom haven’t been seen since the Weather Underground and all colors of Panther was wiped out by Cointelpro. 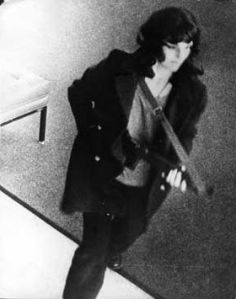 Spike Lee didn’t de-fang the message to make it more palatable for the cattle. Instead he used the idea of hipsters armed with AK’s to help suggest a Defend Brooklyn militia into existence.

Spike Lee gave face to the modern version of a revolutionary archetype that The Constitution, the Bill of Rights, and every karate movie were written to manifest. Understand that nobody said a damn thing about any of our rights for so long >911 that the authorities ran amok and did the things they have always wanted to do, like unconstitutional wiretaps, torturing those filthy Canadians and putting cameras on stop lights.

According to the Constitution this is when a “well regulated militia” is to step in and gaffle the crooks up so nobody would ever try to dupe us again.

It dawned on me that a person who was willing to wear something dangerous on his shirt might have that same danger in his heart—that they were buying revolution but all they got was a crappy T-shirt.

I recruited a friend of mine, Mazzi Ibn Jamal to help in developing a Defend Philly outpost because he had some background in “reawakening the vigilantes” 1 (namely college girls and guys with dreadlocks) who had been playing possum since Nineleven.

The idea was that there would be little outposts in all the little towns that get a bad rap. Defend Detroit. Defend Cleveland. Fuck Pittsburgh. We would contact the people who had stolen my idea in various cities and tell them that they were the local Generals and whoever bought the shirt in earnest was to be considered a Soldier.

I bought the plane tickets to New Orleans to let my most prolific biter, Jac Curie, know that regardless of his lack of talent or morals, he was hired. He had shown his bravery already by stealing my work and now he could make up for it.

Mazzi and I arrived, had a couple of beers and reconned the local turf, only to realize that when Jac Currie steals, he steals big. He’d printed the purloined slogan on all the things a New Orleans tourist wants: t shirts, cozies and barf bags. Mazzi pointed out that if Jac Currie didn’t steal and wasn’t a fashion cunt he would be my best employee.

I wasn’t so sure I was ready to get into symbiosis with Jac because I had done some research on this character which was easy because he is one of these kids who publishes his life/vacation online. It is said that one can read the soul of an artist by his work. The only work of Jac Currie’s that I could find that wasn’t just a trace copy of another design is this amazing piece:

When Jac showed up for our meeting he was a but timid soul, shaking like a lamb, stammering through the list of the good works to which Defend New Orleans contributes. We explained to him that the Defense Industry will not be copywronged into becoming a charity to cover up for his little indiscretions.

I told him we were trying to get the Defend Wherever militia well-regulated enough to act as the check and balance to government in the absence of the Fourth Estate.

I needed to see the books to get the ball rolling—to make sure he wasn’t skimming the money off of his T-shirt sales to buy a bar or something. He said okay and gave me a wet chicken handshake. I awaited the documents.

Plagiarists and their sycophants will defend these common transgressors with The Old Lie: “There is nothing new under the sun.” I’d like to point out that this is just a slogan and if you look around you will find that there is plenty new things under the sun. Selling pantone orange machine gun shirts on the street was new when I did it. It’s more accurate to say there is nothing finished under the sun.

We defend the wild places like the late Brooklyn and Freakniks of old because new things can happen there. It’s the same reason the rainforest should be protected: all those bugs fucking under the canopy make more fucking bugs, yet unknown, from which we may extract the cure for the cancer borne of clones.

Spike Lee knows what I’m getting at. Why couldn’t Jac Currie’s honky ass realize that “your inability to arm yourselves in the face of the current injustice is pure dilettantism.” See how I put quotes around it? That’s so the credit goes to Jean Genet for saying it. Easy, right? Easier than having to live a lie, pretending I thought of something I didn’t.

Those without the spark of creation say that the mimeograph re-purposes the initial work. We all know that constant little lies denigrate the very fabric of truth, until everything is about nothing and you are in the wrong country looking for the wrong Arab. The acceptance of the current lack of rigor can transmogrify the most noble and lethal ideas back to mass consumption pablum.

I belong to a self-policing community called American artists. We don’t steal another artist’s work for the same reason you don’t piss in the pool. That guy or girl who has the balls to be an original “Artist” is pulling a a high-wire act with no net and we have all lost friends to the void.

We need to defend the real shit and defeat bullshit because you’re going to need to call a spade a spade when the terrible Beast of the North learns to work the slogan machine, achieves power and puts The End of Days upon us.

If these reasons aren’t enough to stop the young plagiarist from going down that slippery slope, consider how Jac Currie now has an enemy cold-blooded enough to lay up in the cut and buddy up to some hippy love magazine to write this piece before you now. And I will never go away now matter how much charity or cocaine he does.

Now, if you will excuse me, I have to come down off this cross and think of a new slogan before next hurricane season.

Go to the biters, the reprobates, the children of fornication, the offspring of the watchers from among men; bring forth and excite them against one another and let them perish under mutual slaughter for length of days shall not be theirs. Enoch 10:13

1. Quote is taken from Miranda July. Real artists know how to footnote better ideas than he’s capable of coming up with and hiding the attribution at the bottom of the page in fine print under a bible verse so a good percentage of people think he wrote it, but no one can call him a goddamned plagiarist.

0 thoughts on “DEFENDER NINE: "Art is either plagiarism or revolution." —Paul Gauguin”