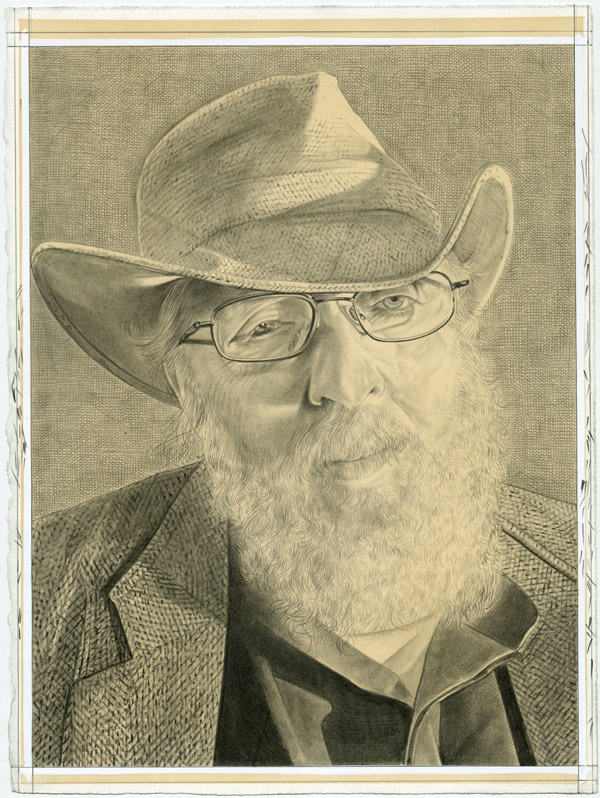 Click on the portrait of PLW (pencil on paper by Brooklyn Rail mainman Phong Bui) to read the whole interview.

They asked [playwright Robert Wilson], “We have all this money for you. What do you want to do?” He said, “I want to do a play that lasts for seven days and seven nights.”

On the Arab Spring:

I thought it was absolutely wonderful, it was like a big sigh of relief… But here it is, hardly a year later and already the promise is betrayed. The Islamists and the militarists have taken over again, and you just have to do it all over; that’s pretty depressing and I wouldn’t be surprised if people lost their impetus and weren’t able to keep up the pressure. Now, having said how wonderful I thought it all was, I will point out that…

On the state of America, post-Occupy:

I was beginning to feel that there would never be another American uprising, that the energy was gone, and I have some reasons to think that might be true. I like to point out that the crime rate in America has been declining for a long time, and in my opinion it’s because Americans don’t even have enough gumption to commit crimes anymore: the creative aspect of crime has fallen into decay. As for [Occupy], [an] uprising that takes a principled stand against violence, hats off to them, I admire the idealism, but I don’t think it’s going to accomplish much. I’m sorry to say that, but that is my feeling, despite all the brilliance that’s gone into it…

If you can’t have a revolution at least you can have an uprising. And then there’s this intense life that gets lived for usually no more than 18 months, or sometimes for just a few nights, but at least there can be this T.A.Z. where people live intensely and joyously in each other’s presence: what I call conviviality, living together, which is not to be sneered at.

On the triumph of the machines:

We have no viable alternative economic institution that will help us live outside the monster of predatory capital. That doesn’t exist. And it’s the Internet which has facilitated that transition, so I call it the end of the world. On my bad days I believe in it, but on my good days I still try to maintain that history has not really come to an end and that that the possibility still exists that people will wake up and achieve a critique of technology. What is so frigging hard about this? Why are people so hypnotized, why do people think it’s a law of nature that technology has taken over the world to the extent that it has? It’s not natural: It has historical roots, it has economic explanations, and these things can be worked on. They could be changed, but I don’t see any will to it. I don’t see one single Luddite institution. Nobody is working for this. If I were to defend violence I would defend machine smashing over all, which is a total heresy. Nobody smashes machines. They’re sacred.

And so on, with lots more on PLW’s fascinating current art practice. Fantastic stuff, great questions from the Brooklyn Rail team. Read the whole thing here: The Brooklyn Rail