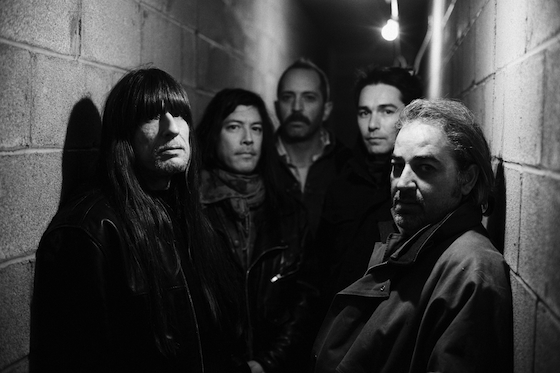 New York’s Endless Boogie are pleased to announce that their third studio album Long Island will be in stores February 19th. The foursome – comprised of Paul “Top Dollar” Major, Jesper Eklow, Harry Druzd and Marc Razo – have made a monstrous, epic of an LP spanning 8 tracks and running 79 minutes and 48 seconds. More often than not, Matt Sweeney joins them on these songs, a recent staple of the live band (at least at New York–area shows) and an able partner for Major to work off. Sweeney and Eklow are credited with producing.

Paul Major says of Long Island: “There’s a lotta strange characters on this album, I don’t know who most of them are. They span time. They seem to know me. They insist there are no messages in the music beyond blasting off and staying there… We brought the beast back alive this time, be careful when you tear off the shrink wrap… “

A note about the album art: despite its bizarre and eerie resemblance to Paul Major, the painting, entitled “Skogtroll,” is actually from 1902 and was done by a Nordic artist named Theodor Kittelsen. It exists in the public domain.

PRE-ORDER THE ALBUM NOW AND GET EXTRA STUFF: NO QUARTER STORE