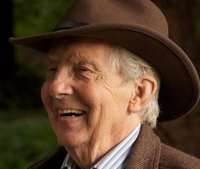 “Freeman House is a former commercial salmon fisher who has been involved with a community-based watershed restoration effort in northern California for more than 25 years. He is a co-founder of the Mattole Salmon Group and the Mattole Restoration Council. His book, Totem Salmon: Life Lessons from Another Species received the best nonfiction award from the San Francisco Bay Area Book Reviewers Association and the American Academy of Arts and Letters’ Harold D. Vursell Memorial Award for quality of prose. He lives with his family in northern California.”

That’s the biographical note for Freeman House on the Lannan Foundation website. We would add that earlier in his life, Freeman edited Innerspace, a mid-1960s independent press magazine for the nascent psychedelic community; presided over the marriage of Abbie and Anita Hoffman at Central Park on June 10, 1967; and was a member of both New York City’s Group Image and the San Francisco Diggers.

This is the third lecture in this series. This series ran previously on this site in 2010-11, and is being rerun now because it’s the right thing to do.

This piece was first published in Orion magazine, May-June 2003. It received the John Burroughs Award for best natural history essay of 2003.

AFTERLIFE: On the great pulse of nutrients that feeds all of Creation
by Freeman House

The world is our consciousness. It surrounds us.
Gary Snyder

As an industrial fisherman I’ve taken hundreds, perhaps thousands of salmon lives. I’ve also eaten them—roasted over an open fire, poached with dill sauce, smoked on alder wood, and baked with sweet pepper and tomato. I’ve pursued salmon in the wild for livelihood and food, worked with my watershed neighbors to insure their continued presence in my home river, and written books and essays about them. I am in part a man made of salmon, so it doesn’t seem strange to me now to be pondering their lives after death.

For several months, Scott Chambers’ photographs of salmon, dead after spawning on the Starrigavin River near Sitka, Alaska, have been spread out on my worktable, pinned over whatever blank spaces remain on the walls of my office, and perched on piles of books waiting to be shelved. Their undeniable beauty is not enough to explain their grip on my mind. END_OF_DOCUMENT_TOKEN_TO_BE_REPLACED

JULY 21, 2009 HOLIDAYS AND FESTIVALS
*Cap Breton, Canada: Scottish Clans gather for festivities and the election of chieftains for the next year.

Excerpted from The 2009 Autonomedia Calendar of Jubilee Saints: Radical Heroes for the New Millennium by James Koehnline and the Autonomedia Collective